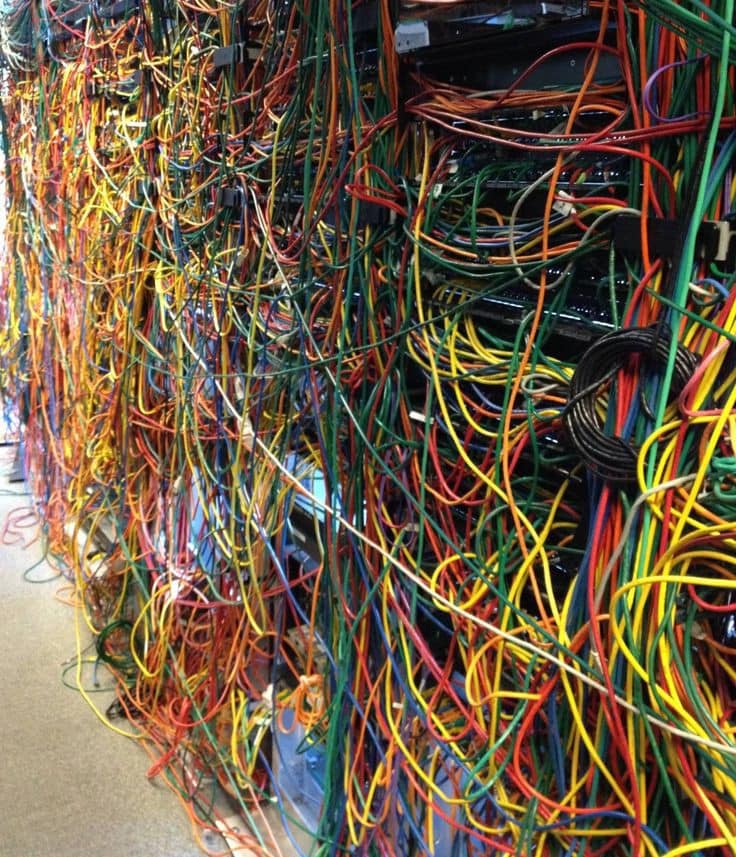 This is a follow up write up of my previous work: 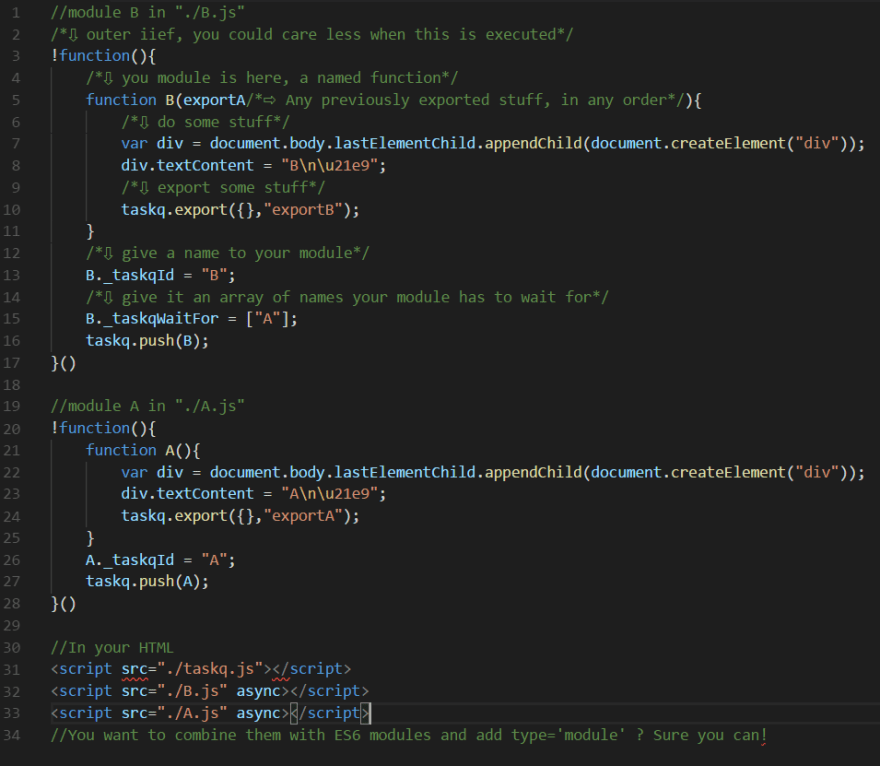 If you want you can jump straight into the examples.

It tries to reason about what it would be like to have your dependencies declared in HTML as attributes.

Taskq.js is not new, I have released it on October 2017, since then I have been using it to upkeep a fairly large project and add new stuff to it as I see fit.

As you might know, one of the hottest debates going around in the js landscape is the comparison of module loaders/bundlers and their advantages over each other. The problem is quite clear: they are not compatible with each other, at least not without putting together another “middle man” build time tool.

It is quite understandable that consumers of modules do not wanna deal with dependency management but if you think about your own projects, there are ALWAYS parts of the app that you want to retain some control if not completely. You can bundle or do whatever you want with some parts of your app while still having control on the flow of the newly added parts. This is what Taskq was designed for, to create a future compatible(combine with ES6 import/export) module system that operates with async scripts (parallel + HTTP2 alleviates need for bundling) and gives you control over their order of execution while reducing your job of managing dependencies (point to crucial leafs in dependency tree, Taskq will work the rest out).

Today I want to go over a small exercise, we will have a minimal html with 3 async scripts that depend on each other and we will embed the dependencies right in the HTML (a version for ie11 would have to be more verbose). You can complicate this by adding several scripts with comma separated dependencies several layers deep, but I will keep it simple here. Here is the html we have:

We have 3 async scripts A, B and C which should execute in this order. From my previous write-ups, you perhaps know that we declare the taskqId and taskqWaitFor properties on the modules, this time instead of adding these within the module, we will directly grab it from the attribute:

So instead of hard coding the properties, we can grab them from data-taskqid and data-taskqwaitfor attributes. We do not need to know the script name as we can use the document.currentScript in evergreen browsers. So what do the scripts look like?:

They are almost identical to each other, they only export their own variables. If you open the HTML file you will get this: 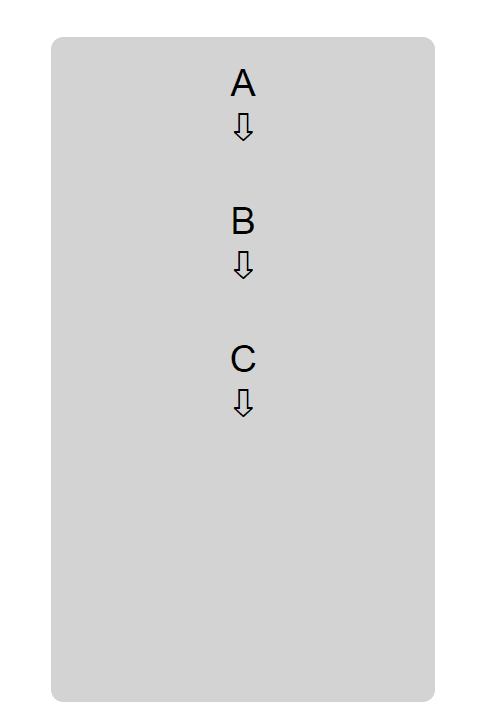 You can go ahead and add more script tags and make the dependencies several layers deep or add more dependencies such as data-taskqwaitfor='X,Y,Z,...'. You can even try to add circular references, in that case Taskq will try to resolve and also display a console message.

Another interesting part here is that you can still use ES6 import/export. For instance nothing is barring you from doing this:

And then within the module you can do:

9 Biggest Mistakes with CSS Grid – Mozilla Hacks - the Web developer blog   It’s easy to make lots of mistakes with a new technology, especially something that’s as big of a change from the

360° Images on the Web, the Easy Way – Mozilla Hacks - the Web developer blog

360° Images on the Web, the Easy Way – Mozilla Hacks - the Web developer blog   One of the most popular uses for VR today is 360° images and video. 360° images are easy to discover and